See this stunning carving of President Nelson on a pumpkin

When a virtual pumpkin contest was announced as a family home evening activity in Hailee Henson’s young single adult ward, she knew just what to do: carve an image of President Russell M. Nelson.

“Intricate facial details are always a fun challenge,” Henson told LDS Living. As a pastry chef, Henson has plenty of practice using knives to make detailed cuts, so she found a stencil of the prophet on Pumpkin Glow, a website with pumpkin carving stencils.

“I grew up very artistic and have dedicated my life to food! It was a natural fit for me,” Henson said.

The final product was a pumpkin featuring the face of the prophet.

Henson grew up in the same ward as President Nelson and was able to interact with both him and his wife, Sister Wendy Nelson.

“On a personal level, they are wonderfully kind people who I am glad to have met,” Henson said. 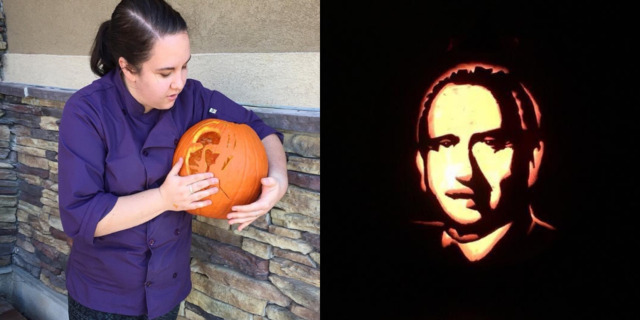 As for the results of the virtual pumpkin contest, Henson tied for first place with another submission of a painted pumpkin. Though there may not have been much social interaction at the virtual event, Henson said it was fun to see all of the hidden artistic talents of the members of her ward.

With God, There Is Always Hope for Something Better

The Care of Others – President Nelson

Church shares compelling video: “Be one”